The Doge’s Palace, the most important museum in the system managed by the Fondazione Musei Civici di Venezia, has obtained one of the first places in the evaluation rank on Tripadvisor, with a score of 4,5 on 5 maximum. The Doge’s Palace has obtained for this reason the prestigious “Certificate of Excellence 2012” of Tripadvisor. 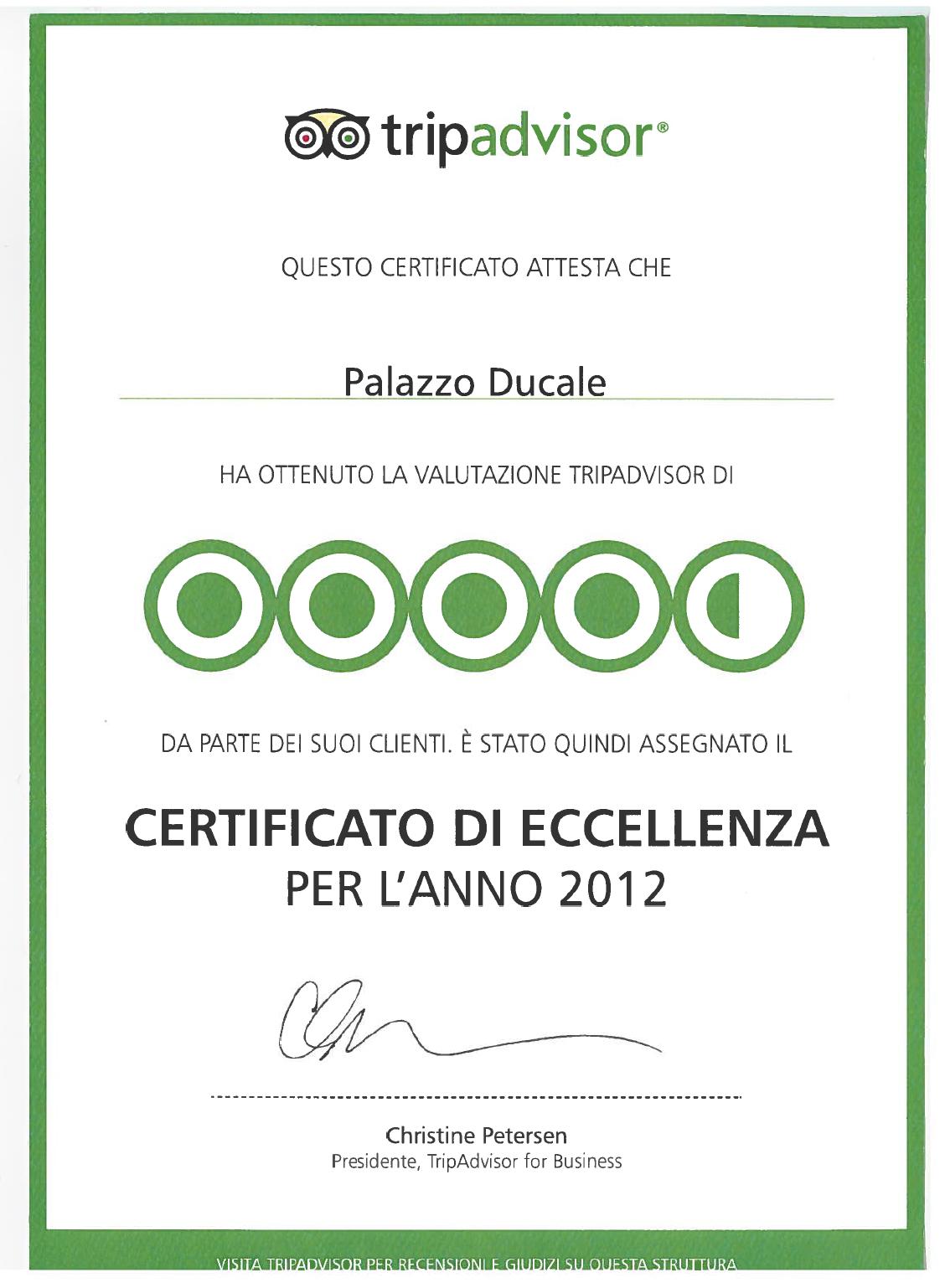 The Certificate of Excellence is recognized only to the structures receiving excellent reviews from travellers on Tripadvisor. Another standard to be considered is the number of comments received in the current year, 678 from January to July 2012 for the Doge’s Palace.

The Doge’s Palace, the most visited museum in the city of Venice, has received 1.063 reviews in total from travellers coming from all arounf the world (in particular from United States, United Kingdom, Italy, Canada and Australia), 67% of which express an “excellent” assessment and 24,9% “very good”.

Among other comments published on Tripadvisor, you can see some considering the Doge’s Palace, its evocative rooms, included the ones part of the Secret Itineraries, a place “absolutely to be seen”, “a mandatory stop in Venice”. Visit the Doge’s Palace is considered “tremendous and dramatic”, representing “the most pleasant memory of the city of Venice”.

Satisfaction to have obtained the “Certificate of Excellence 2012” of Tripadvisor, which states again the excellence of the offer of the museum system in Venice and the efforts made by the Fondazione Musei Civici di Venezia to reinforce its communication to the public, with particular attention to the web and the social networks.